The universe’s splendor and breadth are on display like never before, thanks to a new batch of images that NASA released from the James Webb Space Telescope on Tuesday.

The images from the new telescope are “really gorgeous,” said NASA’s Jane Rigby, the operations project scientist for the James Webb Space Telescope.

“That’s something that has been true for every image we’ve gotten with Webb,” she added. “We can’t take blank sky [images]. Everywhere we look, there’s galaxies everywhere.”

The images reflect five areas of space that researchers agreed to target: the exoplanet WASP-96 b; the Southern Ring Nebula; the Carina Nebula; Stephan’s Quintet (five galaxies in the constellation Pegasus); and the galaxy cluster SMACS 0723.

A nursery for the stars

One of the most eye-popping images released on Tuesday depicts what looks to be cosmic cliffs, valleys and mountains — albeit with mountains that stretch to seven light-years in height.

What looks much like craggy mountains on a moonlit evening is actually the edge of a nearby, young, star-forming region NGC 3324 in the Carina Nebula. Captured in infrared light by the Near-Infrared Camera (NIRCam) on NASA’s James Webb Space Telescope, this image reveals previously obscured areas of star birth.NASA, ESA, CSA, STScI

The image captures part of a “stellar nursery called NGC 3324 at the northwest corner of the Carina Nebula,” NASA said. It’s roughly 7,600 light-years from Earth.

“The blistering, ultraviolet radiation from the young stars is sculpting the nebula’s wall by slowly eroding it away,” the agency added. “Dramatic pillars tower above the glowing wall of gas, resisting this radiation. The ‘steam’ that appears to rise from the celestial ‘mountains’ is actually hot, ionized gas and hot dust streaming away from the nebula due to the relentless radiation.”Sponsor

The tight galaxy group called Stephan’s Quintet is a “laboratory” for scientists to study the powerful effects galaxies can exert on each other, thanks to new data from the Webb telescope.

An enormous mosaic of Stephan’s Quintet is the largest image to date from NASA’s James Webb Space Telescope, covering about one-fifth of the Moon’s diameter. It contains over 150 million pixels and is constructed from almost 1,000 separate image files. The visual grouping of five galaxies was captured by Webb’s Near-Infrared Camera (NIRCam) and Mid-Infrared Instrument (MIRI).NASA, ESA, CSA, STScI

Researchers hope to learn more about how galaxies merge and interact, including triggering each other to form new stars, and how those processes might be i

“This enormous mosaic is Webb’s largest image to date, covering about one-fifth of the Moon’s diameter,” NASA said. “It contains over 150 million pixels and is constructed from almost 1,000 separate image files.”

Webb pulled the veil back on the second star in the Southern Ring Nebula, using mid-infrared wavelengths to capture it in extraordinary detail.

“The star closely orbits its companion as it periodically ejects layers of gas and dust,””Together, the swirling duo have created a fantastic landscape of asymmetrical shells.”

The new image shows the nebula from a nearly head-on view. But if we could see it from its edge, NASA says, “its three-dimensional shape would more clearly look like two bowls placed together at the bottom, opening away from one another with a large hole at the center.”

Webb delivers a portrait of a puffy giant

“WASP-96 b is a giant planet outside our solar system, composed mainly of gas,” NASA said. “The planet, located nearly 1,150 light-years from Earth, orbits its star every 3.4 days. It has about half the mass of Jupiter, and its discovery was announced in 2014.”

The agency didn’t release a photo but rather a spectrum analysis of WASP-96 b’s atmosphere, garnered from Webb sighting the WASP-96 b as it transited in front of a star.

A light curve from Webb’s Near-Infrared Imager and Slitless Spectrograph (NIRISS) shows the change in brightness of light from the WASP-96 star system over time as the planet transits the star. A transit occurs when an orbiting planet moves between the star and the telescope, blocking some of the light from the star.Illustration: NASA, ESA, CSA, STScI

The analysis found the “chemical fingerprint” of water in the atmosphere, said Knicole Colon, a research astrophysicist at NASA’s Goddard Space Flight Center in Greenbelt, Md.

A look at some of the universe’s first galaxies ever

The trove of images comes one day arom Earth.

“If you held a grain of sand on the tip of your finger at arm’s length, that is the part of the universe you are seeing — just one little speck of the universe,” NASA Administrator Bill Nelson said on Monday.

But that speck contains multitudes. And thanks to the telescope’s deep and sharp infrared images, Earthlings are getting a more detailed look at distant galaxies than was ever possible.

That first image comprises thousands of galaxies, with even faint and diffuse structures visible for the first time.

The stunning displays amount to a rich lesson in the history of the universe: some of the galaxies are more than 13 billion years old, meaning they formed relatively soon after the Big Bang.

For instance, the image of galaxy cluster SMACS 0723 amounts to a snapshot from 4.6 billion years ago.

Aside from gaping at stunning views like everyone else, researchers will use data from the Webb telescope “to learn more about the galaxies’ masses, ages, histories, and compositions,” according to NASA.

The Webb Space Telescope is the culmination of an international program led by NASA. Its partners include the European Space Agency, or ESA, and the Canadian Space Agency.

Below is a container that the filmstrip will be injected into.

There should be a filmstrip above this.

This post has a DCM some way down the page that will be highlighted.

and now the highlighted DCM.

the dcm above was highlighted!

and now we reach

the end of the

Below is a form.

This is some text that is going to describe the DCM below that contains only posts with the word exclusive in the title.

I’m now going to add the following HTML for the DCM to be injected into:

We’ll see if this worked.

Below this text is going to be a DCM with an ID of shortcodeDCM1. This will have a title in the config.

Below this text is going to be a DCM with an ID of shortcodeDCM2. This will not have a title in the config.

This page tests that a DCM can be added by a hook. The Genesis hook being used in this test is the default after content hook from the pull down menu in the Slickstream plugin settings.

Note that this will only be injected if the after content is set in the Slickstream plugin settings.

The DCM should be here:

This page tests that a DCM can be added by a hook. The Genesis hook being used in this test is genesis_after_entry based on this guide, https://genesistutorials.com/visual-hook-guide/.

Note that this will only be injected if the above custom hook is set in the Slickstream plugin settings.

The DCM should be here:

this is some text

below this is some more text

hopefully there’s a cool search box above this.

This page is for testing that the DCM injected via plugin settings is working properly.

END_OF_DOCUMENT_TOKEN_TO_BE_REPLACED

This post has a recipe card with a custom taxonomy. 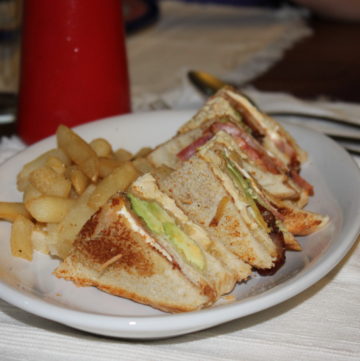 This page has been assigned a custom taxonomy for testing purposes.

This is a shortcode based story:

This post should not have any Slickstream widgets on it.

You need to login to view this content. Please Login. Not a Member? Join Us

This is to check everything appears correctly in the sidebar

This is a post to show something to Lynn

This is the filmstrip

This is the grid

This is the game

This is the story carousel

This is the story explorer

This is an embedded story